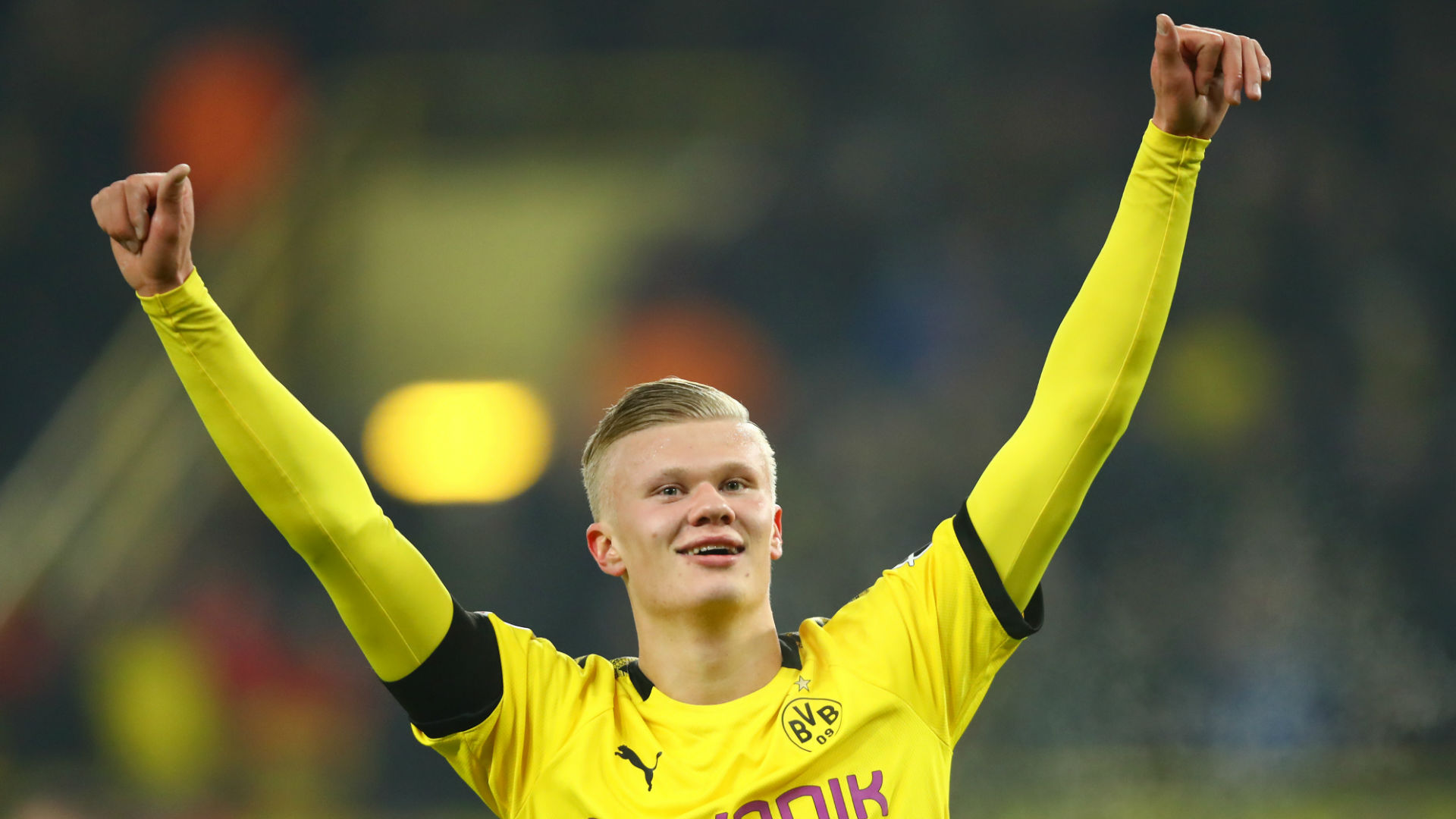 Erling Braut Haaland is now a Dortmund player. Why did the move to BVB make the most sense for him and Dortmund? What are his strengths and weaknesses? Who is he similar to? What can Dortmund expect from him? Let’s find out with this scouting report.

Unless you’ve been living in a cave you’ve heard of Norwegian “man-child” Erling Braut Haaland. Which is fascinating because a year ago, unless you were a hardcore Austrian Bundesliga fan, or for some reason watched the Norwegian League, or were just really into Football Manager, you probably hadn’t heard of the Norwegian. Some people took note after that nine-goal Honduras demolition in May at U20 World Cup or waited until the UCL group phase, where Salzburg and Haaland stole the show. By the fall we probably couldn’t get enough of Haaland, who accomplished these feats in 2019: most goals scored by a player in a single match at a FIFA U-20 World Cup (nine goals) and becoming the first player in UEFA Champions League history to score six goals in his first three games.

His analytics comps, as Mike Goodmanpointed out, were “Kylian Mbappe last year, Mohammed Salah’s first Liverpool season, and Mbappe again, from two seasons ago.”  That’s quite the company for a 19-year-old with basically half a season of Austrian Bundesliga and six UCL and UEL matches.

Why Dortmund made the most sense

So how were Dortmund able to get a player like that, whose value is in the 45 million range on CIES and Transfermarkt, for just 20 million? They scouted him no less than 28 times since he was 16, and they even used their Scandinavian “superagent” Thomas Delaney’s Whatsapp messages to lure him. Then there was leverage on the part of the player and Dortmund as well, but before we get to that let’s examine the failed suitors.

Manchester United’s dysfunction on all levels as well as having a plethora of youngish forwards, plus Milo Raiola’s relationship post-Pogba had them on the outside looking in. Juventus, who have been scouting him for years, still pay a lot of money to Cristiano Ronaldo and Gonzalo Higuain, and are perhaps rightfully not considered an ideal destination for a young player looking to take the next step. The obvious candidates, RB Leipzig and Julian Nagelsmann, who met the striker in December personally, could not offer enough financially: reportedly BVB’s salary offer was in the 8-12m Euro range yearly, while RBL have an internal 5m cap. But footballing-wise, there was also no guarantee of playing time. Leipzig’s focus is firmly on the title run and Nagelsmann’s done wonders with Werner and Schick, whose futures are still somewhat unclear. That already leaves little playing time for the likes of Yussuf Poulsen or Matheus Cunha, and Haaland has typically needed time to adjust after his January moves to Molde and Salzburg.

Ultimately, then, agent Mino Raiola leveraged the 20m release clause, Dortmund’s greater need for a number nine into a 93-100m package. That kind of player-controlled release clause, plus low wages and high demand, plus the methodical career planning by the Haaland’s people was an auspicious beginning.  Add that to the proven track record of Dortmund being one of the best springboard clubs towards superstardom for young players and you have a great situation.

While the deal seems like a slam dunk for BVB, there is considerable cost and supposedly a 60m release clause after 2022, which one can only assume was not put in by BVB and shows just how much power Raiola and Haaland’s father had in negotiations. In the end, there is as much a promise, as there exists an obligation to somewhat save Dortmund’s season with such a meteoric and expensive talent as the Norwegian. Although the latest training camp reports suggest that we should temper expectations: he began team training only Thursday due to a knee injury, and reportedly Favre wants to bring him along slowly and use him as a supersub initially. Before we get ahead of ourselves and imagine Haaland light up the Bundesliga, let’s check his performances on the tape via a scouting report.