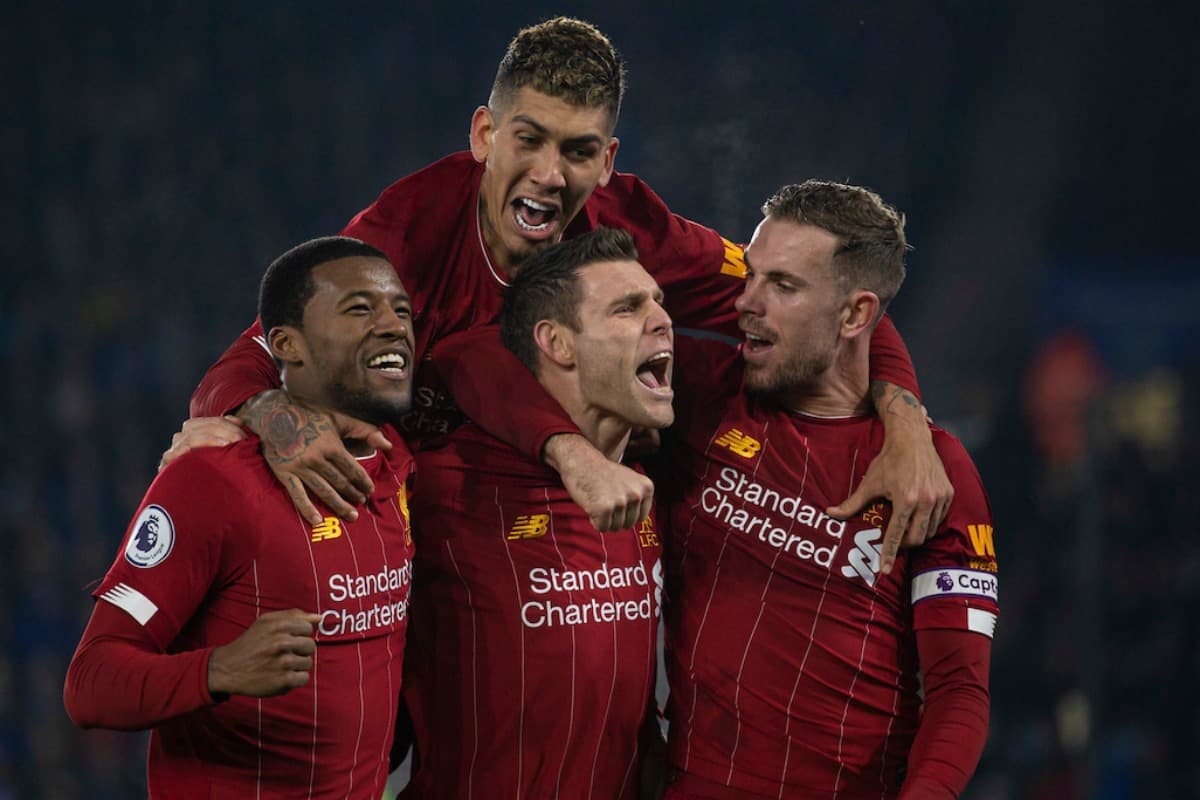 The basis and main principle of Liverpool’s 4-3-3 pressing system is to keep the ball at the central zones, therefore preventing the be moved by horizontal circulation, which usually -if done well- stretches the defensive structure both in the vertical and horizontal axis.

To achieve that their system is both passing-lane and option-oriented: 1st line is closing passing lanes to prevent passes out wide towards the full-backs/wingers, whilst 2nd line is much rather option-oriented therefore their principle is to position themselves to have access to 2 players (defensive shifting’s decision making based on oppositional system, distances, ball’s speed). Meanwhile the last line, mostly the fullbacks also have the option-orientation: if the 2nd line can’t create optimal access to the oppositional full-backs, then they push higher up, leaving a numerical equality at the back. Ideally the last line stays in position to offer better access at the central zones for the long balls.

Even if the opponents can find valuable central options or the wide areas, they have both shifting solutions/traps to prevent these, especially at the flanks.

As the 2nd line is mostly staggered in a flat line, the DM has the flexibility to shift even to higher positions. Against a lone DM, usually there is no need to do that, since the CF/Firmino does an excellent job to constantly close that option with his cover shadow, allowing the 2nd line to be focused on closing down the depth behind. Against 2 CMs deeper (here vs. a 3-2 structure) the pattern is that the DM/Fabinho pushes up to close the ballnear CM, preventing him to turn after receiving. As the ball goes out wide the DM has time to readjust his positioning deeper.

Barca had some issues with building from depth, without effectively stretching the 2nd line, even though Pool’s basic setup opened bigger central spaces, which could have been exploited better. In that way pulling Rakitic deeper was a clever solution, since it pulled out Fabinho, opening up more space in behind at the centre. Pulling out 4 players can be an effective way to open valuable spaces for teams, who can build from long balls after goal kicks better & then collecting 2nd balls. This also allowed for Pool’s last line to stay in position, so even though Barca regained possession after long balls, the back 4 was in position to close any possible runs in behind, slowing down the possession.

A key player would have been Vidal though, who with a more central positioning could have manipulated the LCM/Keita then Milner, pulling him inwards to open up more space for the RB to receive. Since this option has been exploited only once, Barca basically struggled against the high-press. Although Pool had a solution for this as well.