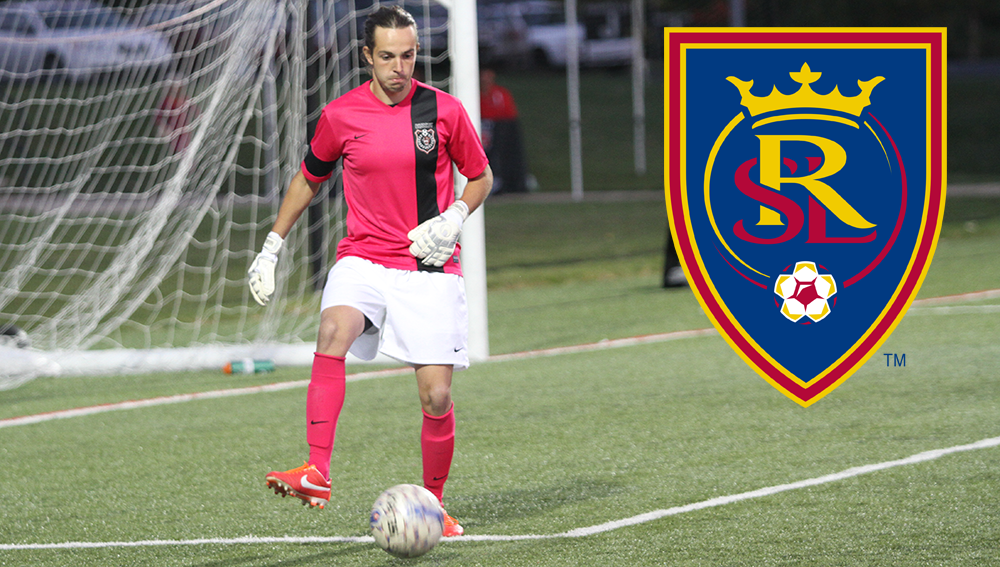 The last line of defense and the beginning of attacks – goalkeepers are integral pieces of all successful teams, if not overlooked. To gain insight into a quite misunderstood position and their training methodology, we interview Mirza Harambasic, a goalkeeper coach for the academy of MLS’ Real Salt Lake.

AR: Can you provide a brief background about yourself?

Mirza Harambasic (MH): I’m originally from Prijedor, Bosnia and Herezgovina where I spent a few months as a child, before moving to Austria because of the war that was going on. Then my family moved to the United States where I have spent the majority of my life, eventually settling in Grand Rapids, Michigan. Michigan is where I played all my youth football and eventually played in college for a small school. Afterwards, I was unsuccessful in trying to establish a playing career in Germany, Bosnia and the USA, so I moved into coaching, at first with my local club.

Then I moved to Connecticut to work for the University of Hartford and a local academy team, where I spent three years, before moving to Salt Lake City, Utah to become the Academy Goalkeeping Director for Real Salt Lake in the MLS, where I’ve been working for just over a year now.

AR: What is a typical day like for you on the training ground?

MH: We usually arrive in the office around 6:15-6:30 AM for a 7:30 AM training session, which will finish at around 9 AM. The players will then get breakfast and get ready for school since we are a residential academy, but afterwards I will help out, observe, or sometimes run the goalkeeper session for either the first team or the reserve team. Once that is finished, I will either cut up the training video for my goalkeepers or begin preparations for an afternoon session which would start at 4 pm and end around 6.

AR: Do you have a philosophy about how you train your keepers? What is it based on?

MH: Throughout my coaching career I have always aimed to take inspiration from other coaching styles or session structures, particularly within my goalkeeping sessions. The most important thing for me as a goalkeeper coach is replicating game like situations so they are comfortable handling those instances in a match.

Recently, a session structure I have begun adapting in my own work I encountered on a course with the DFB through their goalkeeper director Marc Ziegler. He developed his own methodology called WASIC.

Their focus is analyze issues that come in previous matches or consistent issues that goalkeepers are having in training, structure the session so that the goalkeepers see the problem in the warmup. Then in the analytical phase, you can address and fix the technical components of each player. Once you get into the integration phase, you’re starting to incorporate the back four, or attacking players, and adjust to each of the situations.

To help guide our session planning, we break down the game into three areas (from a goalkeeping perspective). First there is goal defense, which involves shot stopping, 1v1 situations, long distance shots, etc. There is room defense, essentially encompassing handling crosses or cutbacks, and offensive play, in which our main focuses are build up play and throwing as a means of starting attacks. So if you were doing a session on room defense and working on defending cutbacks, your analytical phase mainly addresses the movements in goal, positioning on where to get set depending on where the service is coming from. For the situational phase, you are now providing focus and detail to pick up cues and spot runs in the penalty area. So this allows the goalkeeper is working on not just working on running to a spot, but responding to a visual cue and then moving to the correct area. Then in the integration phase, they start to incorporate a back four, and how you would adjust your positioning depending on the positioning of your teammates, the opponents making runs, and the location of the cutback itself.