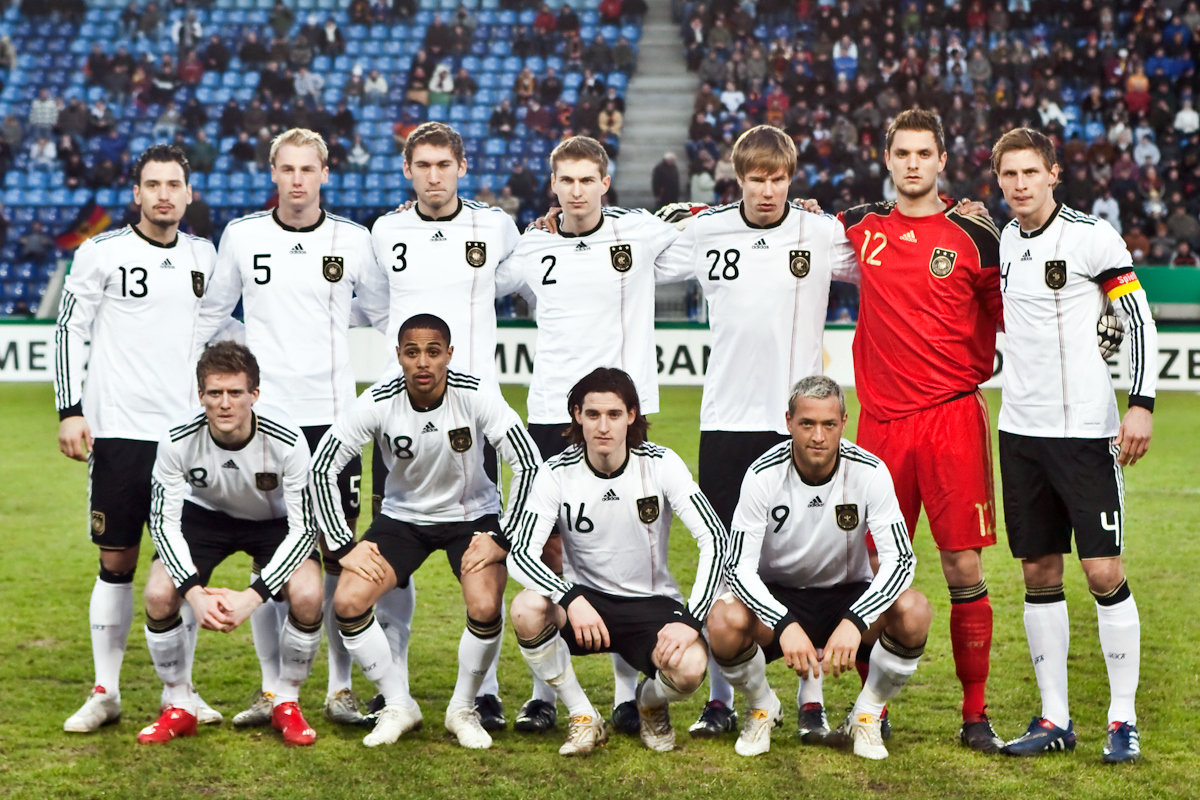 About nine months ahead of Euro 2020, the German team still finds itself in an identification stage. Head coach Joachim Löw has to deal with a torrent of cancellations and at the same time fights on numerous fronts. The 59 year old is not free of fault when it comes to the team’s roller coaster ride.

Ahead of the 2-2-draw against Argentina, Löw once again opted for a customary 3-4-3 formation. This came as a bit of a surprise, seeing as he had decided only for the recent competitive fixture against Northern Ireland to ditch the 3-4-3 in favour of the more traditional 4-2-3-1.

In terms of personnel, Löw could easily have played with a back four instead of a back three. After all, he went with Emre Can in defence, despite his being at home in midfield for a number of years. This decision alone was testament to the fact that Löw still wants to continue to try out the 3-4-3 formation.

The return to a 4-2-3-1 against at best second-rate Estonia also does not change that picture. Evidently, Löw at the moment considers a formation containing a back four as a viable option in meetings with clearly over-matched opponents, whom he expects to mainly sit deep anyway.

Wing pairing as a key element

The benefits of the 3-4-3 formation, on the other hand, became apparent especially in the first half of the Argentina match. The two players on the wings, Lukas Klostermann and Marcel Halstenberg, were able to regularly move forwards on the flanks and round the more compactly staggered South Americans. This only worked, though, precisely because three and not just two defenders offered support from the back. Can, as well as Niklas Süle, were able to move to wider areas or move forward in the half-spaces. The team used its numeric advantage against a classic 4-4-2 pressing approach accordingly.

This tactical effect became especially obvious for example when Serge Gnabry scored the first German goal against Argentina. In the buildup phase, Süle moved forward and a shifted play with a long ball to Klostermann, who enjoyed enough space close to the touchline to break through towards the goal line after receiving the ball.

The continuous sprints of the two wingers are features of the kind of football Löw considers apt for this DFB team. Klostermann and Halstenberg are well-versed in this kind of up-tempo football from their club RB Leipzig, where they dart into attacking zones in quite a similar manner and put pressure on the opposition over the flanks. Coupled with smart movement from Gnabry, as well as Kai Havertz, in the gaps, this creates a promising kind of attacking football.

Among German attackers, Gnabry stands out the most at the moment. Usually, he plays a more complex role in the national team than at Bayern Munich. And still, the 24 year old tackles this problem very well. His dropping back into the ten-space and the way in which he cleverly positions his body towards the ball allow him to serve as an outstanding receiving option. The opposition can also hardly brace for Gnabry’s follow-up actions, because he can both use the dynamism of the pass and move past the closest opponent quickly, should he be in immediate proximity, and quickly redirect the ball to the wings. On his terms, Gnabry gives the German attack penetrating power.