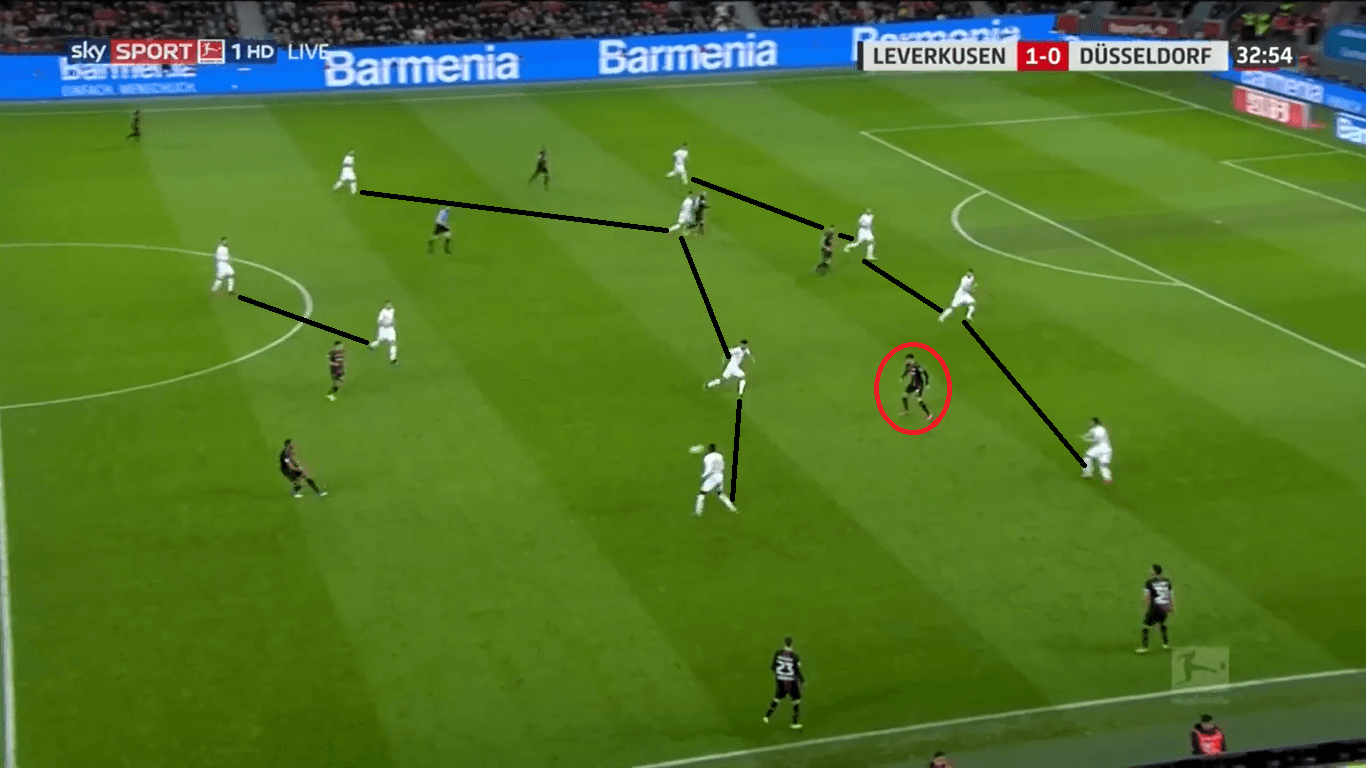 In order to keep the original rules of spacing & staggering (Juego de Posicion) and to create an optimal dynamics in between the lines -offer depth in both halfspaces-, a switch from the 4-2-3-1 was necessary. There are definitely a lot of different ways to change the structure -move into 2-3-2-3, 2-3-3-2, 3-1-3-3 etc.-, but based on Bosz’s initial approach both at Ajax & Dortmund -both in a 4-1-4-1/2-3-2-3- it was inevitable that he is going to imply a system according to the JdP principles -max 2 players in the same vertical channel-, whilst still being flexible. The last point is particularly present at Bosz’s philosophy, as his system allows more movements inside the structure as opposed to Guardiola’s system, which is much more rigid in that regard.

Also, when creating a specific shape it’s important to consider the possible manipulative effects it has on the defensive structure. For instance, pushing up a full-back might result the oppositional winger’s opponent/man-oriented defensive behavior, which creates a different dynamics -also requires different patterns, movements to penetrate/exploit- opposed to a more shifting-oriented defensive system, where a high full-back would usually be closed down by a full-back, again resulting in a different wide dynamics.

In this sense creating the midfield-box at the centre -2-2 staggering inside- also have a different effect, especially on the oppositional 2nd line: from this perspective it can be interesting to differentiate between the specific strategies of how and where! to manipulate the oppositional structure with a higher emphasis -e.g. overloading the centre will most likely manipulate the defending of the 2nd line, whilst overloading the last line will again create a different effect, now on the last line’s movements. Although in order to create an optimal dynamics some rules must be applied. The central-midfielders have to position themselves in front of the oppositional 2nd line, whilst the attacking-midfielders are positioned higher, behind the 2nd line, in between the lines.