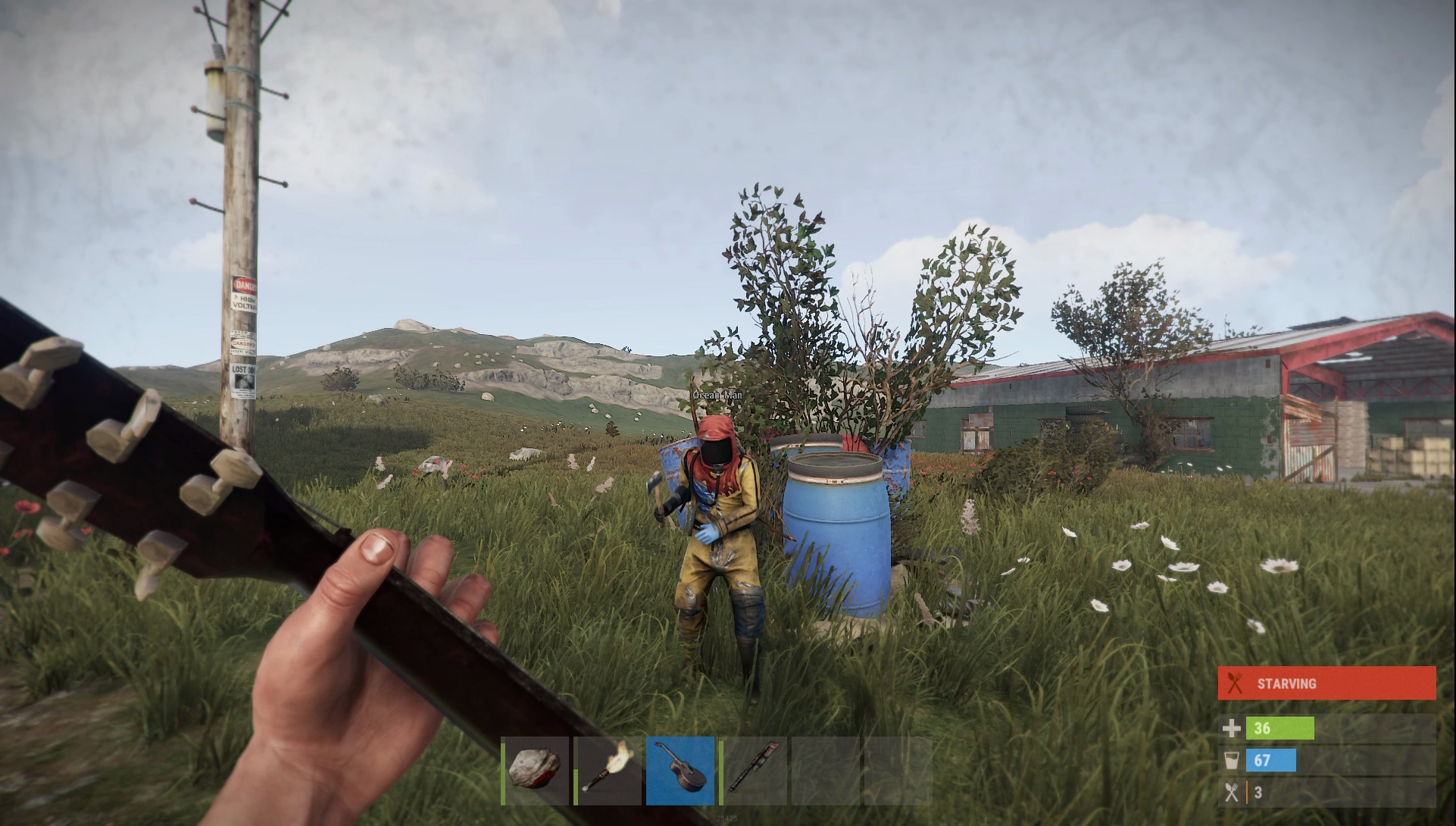 Playing Rust is about killing everything that moves, or you will be killed yourself. It’s brutality, blood, mindless animals and the only goal you’ll wake up every morning for – you have to live to not become like them. Today we’re going to talk about what the game RUST is on the PC, whether it’s worth playing, and why it deserves the title of one of the best survival games for 2019-2020.

Any game that aspires to be the best must spend a decent amount of time in the Early Access stage. RUST was no exception and the brainchild of a small, proud and independent studio Facepunch pleasing fans with a plate “Early Access” from 2013 to 2018. And during this time the game managed not only to lose all the bugs, but also to change the engine, which was positively accepted by gamers, because Unity allows you to get a lot more pleasure from graphics.

In 2013-2014 the company sold 2 million copies, and in 2016 the data was published on the official website: Rust servers had about 16 thousand people.

You begin your journey in a world full of radiation. You’re respawned on a random area where you’re naked (yes, really naked) to begin your life. And be prepared for the fact that your head will be ready to be bitten off not only by animals, but also by other players, who might find underpants, a pickaxe or a hat to their liking. You will have to explore the area: collect wood and stones, build shelter, go hunting and gathering. You can learn archery skills or, for example, blacksmithing. You can also use the rust suicide command in critical situations.

In the game RUST there are only three characteristics that you really need to keep an eye on. Otherwise your survival mission is at risk of failing:

Note that you have to avoid places where radiation is high, otherwise you risk contracting something not very pleasant. The bottom line is the same – you have to survive. The rule is also the same – trust only those you can trust. In this game, even your best friend can crack your skull for an axe or a gun.

Features of the game

Mechanics of the game RUST is a kind of canon for many modern survival games. The game has a number of features that will please you and you decide to download the game RUST online on your PC:

The main thing about the game rust is that it is as socialized as possible. There are survival games, where it seems you play online, but it is not felt. This one is completely different. The game is distributed on a B2P model and after the early access it is even better, cooler and more interesting. So everyone can find a lot of advantages.